<!DOCTYPE html> A new brand for ITW - Will Howat

International Telecomms Week is a highly successfull event. So much so that it stands apart from others in it’s group that are housed under a common brand. With the launch of an update to their brand they asked myself and my team to help put together a new site to reflect their new look. Also taking the opportunity to move from their legacy platform with all manner of time consuming headaches and associated costs, to put together a platform that enabled the organisers to integrate with their backoffice systems and put content online more seemlessly, so they could get on with making the event the huge success it is.

We worked closely with their in-house designer to translate the brand online and consulted with their stakeholders to reduce and target their content into more manageable pieces, putting customer needs first and moving out of the mindset of ‘just getting this copy up there because X says so’. They were a really great team to work with, with some great ideas and very receptive to our suggestions. Particular attention was paid to the presentation of sponsors, always a tricky thing.

We also added revenue potential by introducing pieces such as a sidebar that can contain a consistent brand message or customisations on a per-page basis, for key messages or more importantly, paying sponsors.

A key factor in designing the expereince was to work with the platforms team to ensure content manager requests were translated into new features where necessary, after all just fixing the UX and UI would only have addressed half the challenge.

The bold colourful branding was a departure from the norm at Euromoney PLC, allowing us to try out some new angles and introduce little touches that really helped sell the event. One of the greatest challenges was in how the event is operated, it is simply managed by Euromoney PLC as ITW and as such while we needed to sell the event, it couldn’t be over sold as ITW or risk a backlash from the founding group. To that end we had to be extremely aware of tone and how impactful the branding was. In the end it was well received by all parties and we were able to breathe a sigh of relief.

Below are a few examples of the initial release. As with anything content managed, there are a few issues that have crept into the live site, most of which are managed rapidly by the ITW team however, some are still apparent at this time. 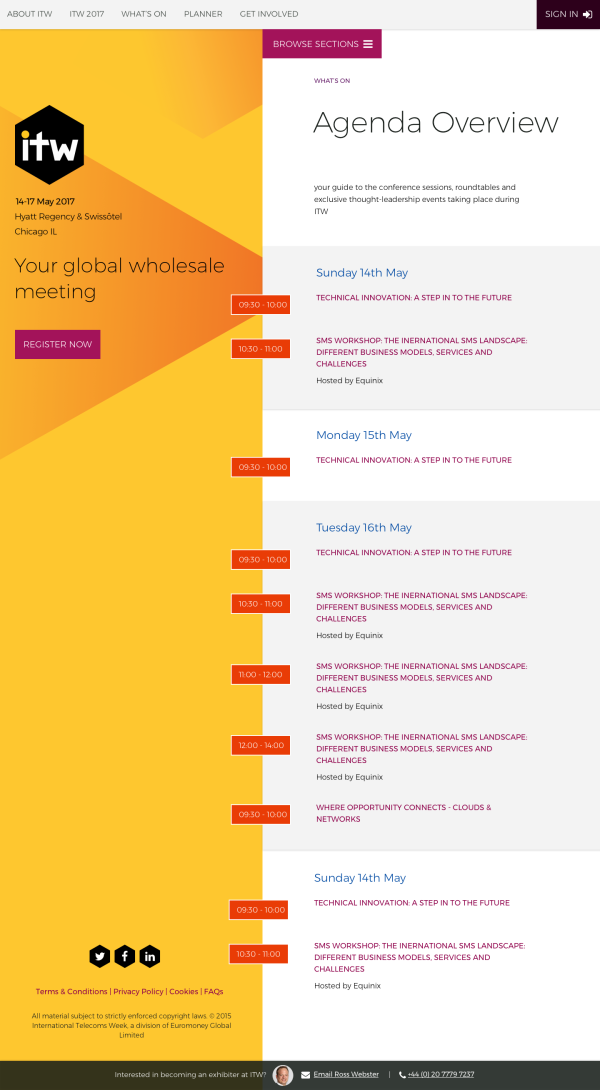 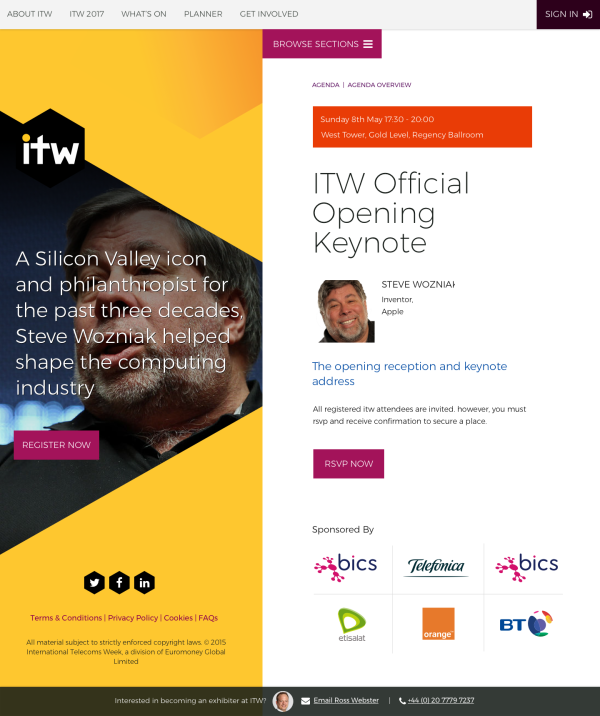